Have you seen this insect?

This insect potentially represents the biggest threat to honeybees worldwide.

Vespa velutina, sometimes known as the 'Asian hornet' is an invasive non-native species from Asia. If you find one you must report it. It arrived in France in 2004 and has spread rapidly. As a highly effective predator of insects, including honey bees and other beneficial species, it can cause significant losses to bee colonies, other native species and potentially ecosystemsIt is expected that the places it is most likely to be found in numbers are in southern parts of England (it may be able to cross the channel from France) or in goods among which it could be accidentally imported (such as soil with imported pot plants, cut flowers, fruit and timber).  Active between April and November (peak August/September).
So you think you have seen one? Even if you are not sure let someone know!
Download the Asian hornet sighting app on either Android or iPhone
Click here to fill out an online form
You can email alertnonnative@ceh.ac.uk or you can use our contact page to speak to us.

If you can, take a photo.
If you come across a nest DO NOT DISTURB IT - it would be dangerous and should be done by experts. 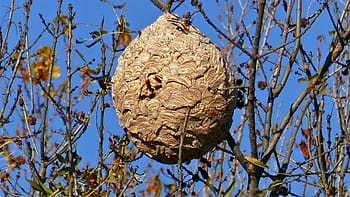 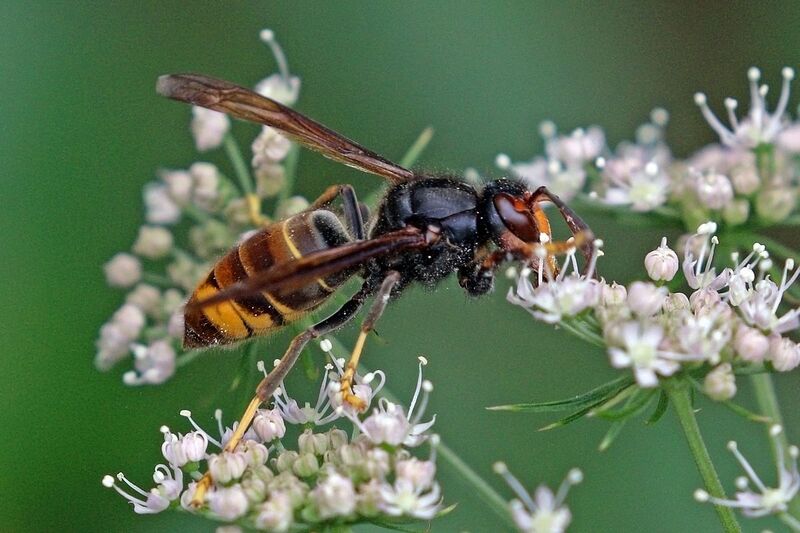 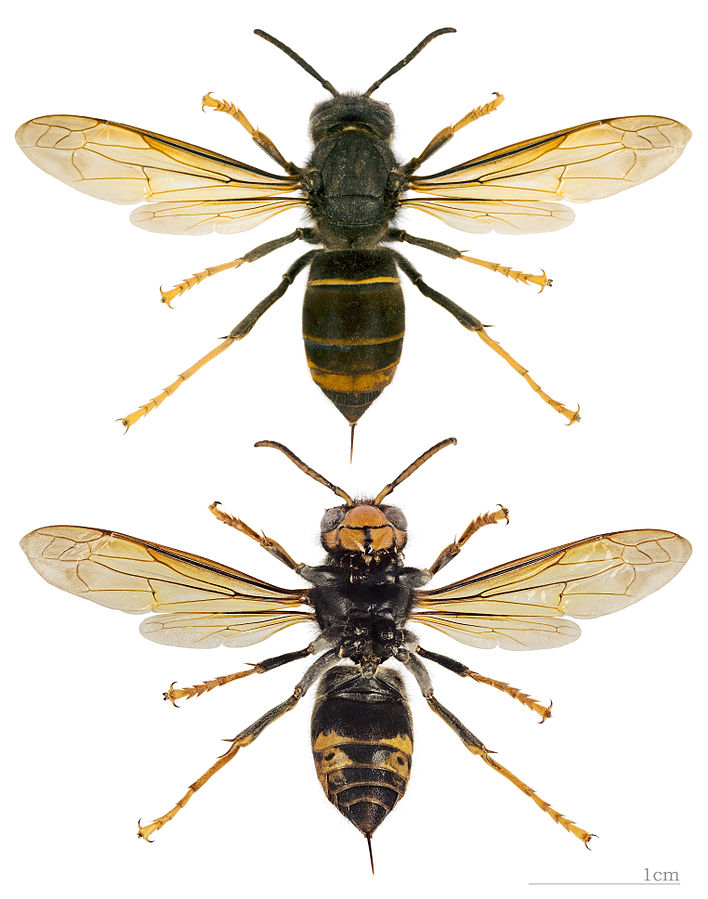 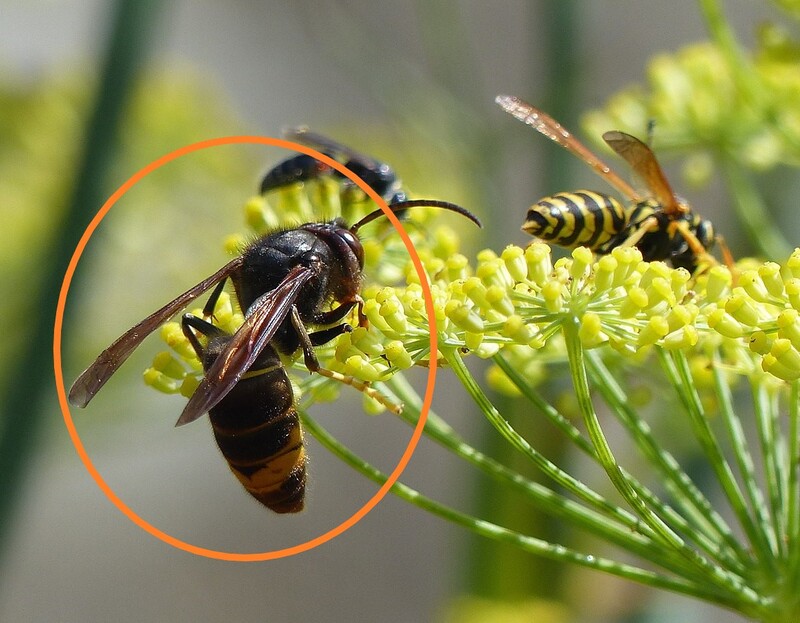 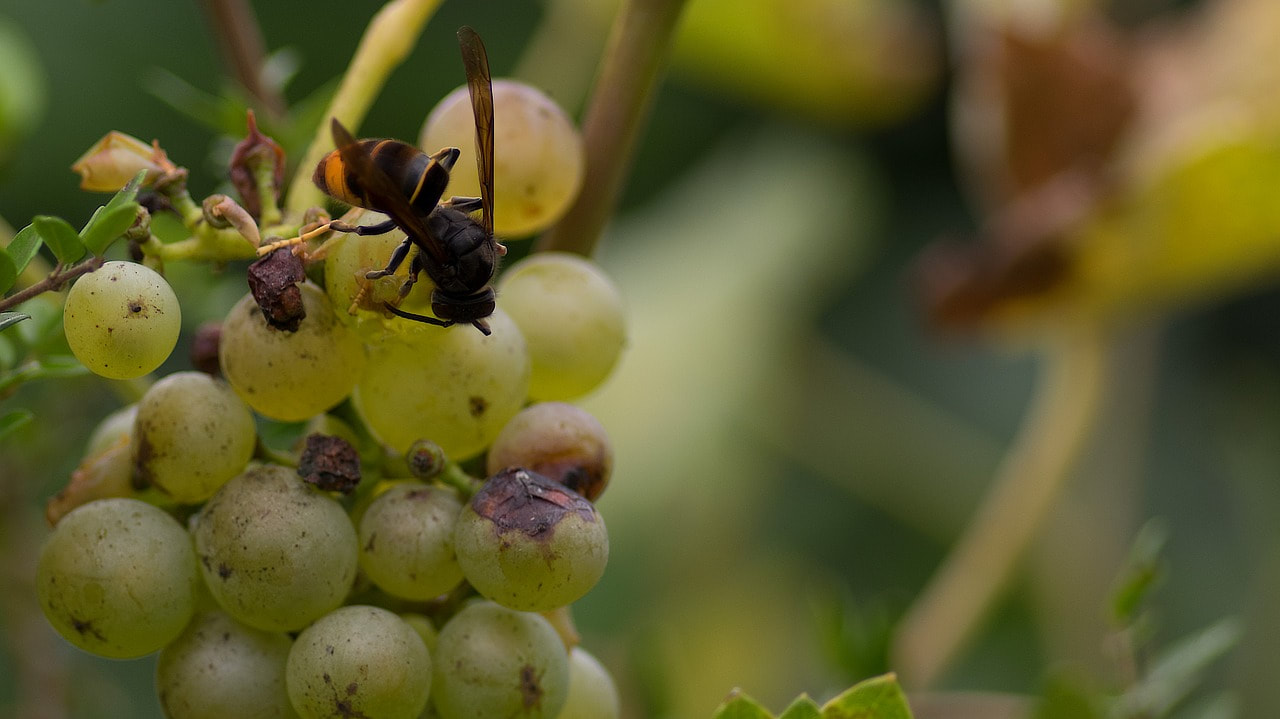 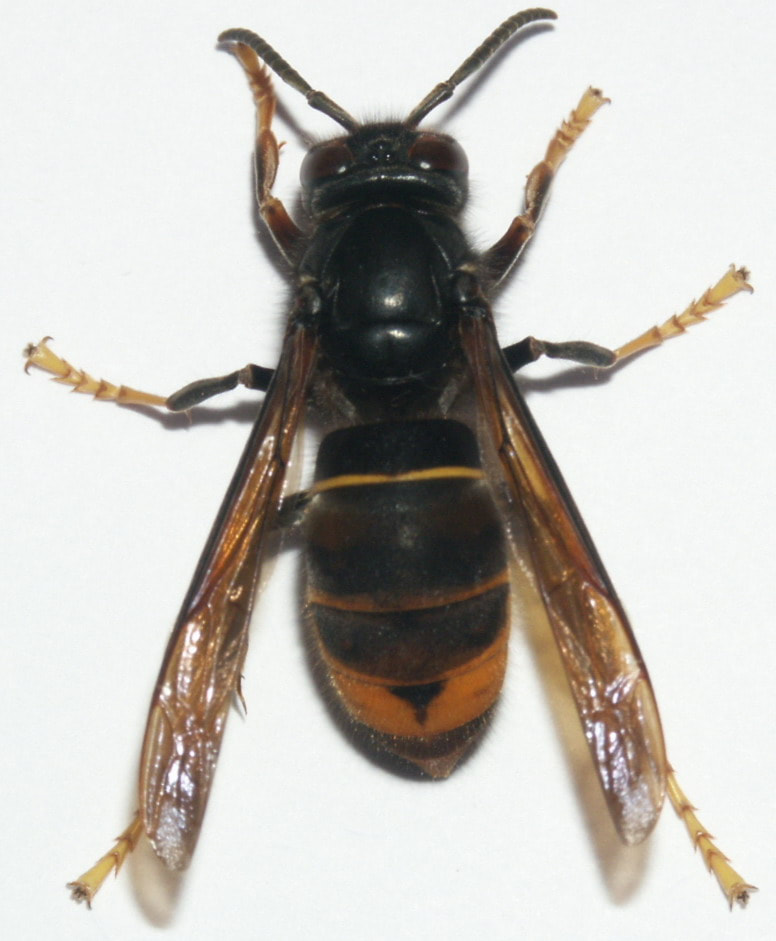 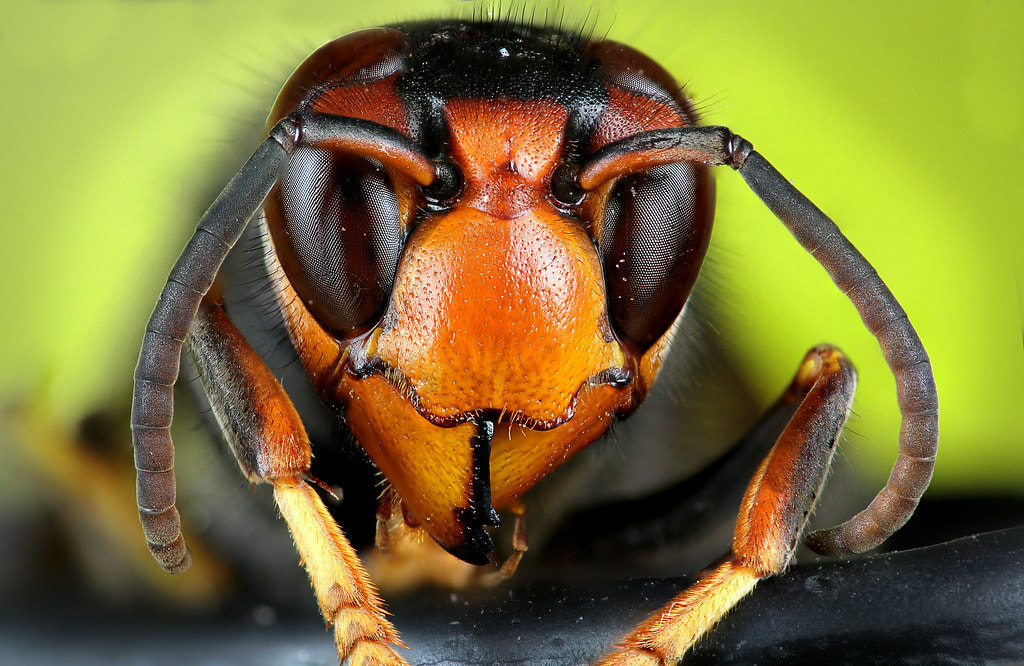 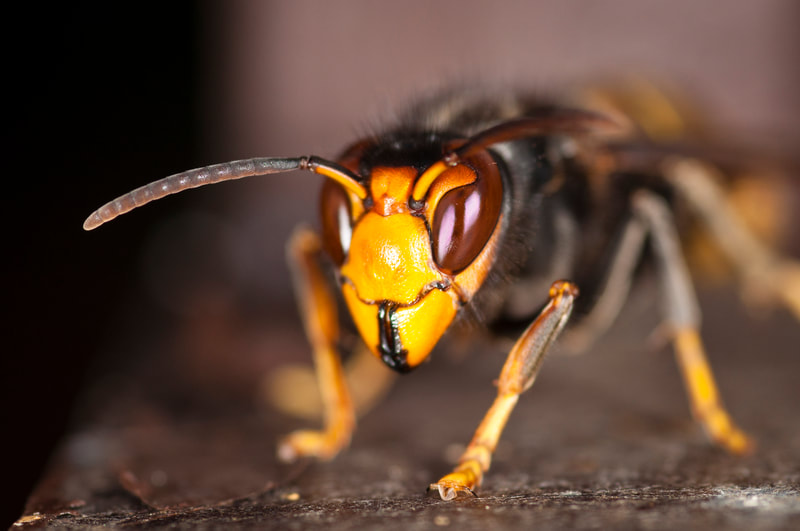 The Asian hornet is native to China but arrived in Europe in 2004 and is now widespread in parts of France, Spain, the Channel Islands and Portugal.
It presents no greater risk to human health than a bee so there is no need for you to take extra precautions in these countries.

However, there have been cases where Asian hornets have been found in bags or camping equipment of travellers returning from those countries, particularly in spring and late autumn.
Before returning to the UK you should check your luggage, especially if it’s been kept outside during your trip. If you do spot an Asian hornet on your return to the UK you should report it with the dates and places you went on holiday, and ideally a photo of the insect.

Finally, can you help spread the word?

Do you run your own website? Do you run a farm shop, or a garden centre? Do you look after the local villages notice board? Do you have an allotment? Do you just have a notice board at work where you can put an A4 poster up? You do? Then please download this warning leaflet, print it and put it up somewhere or attach it to your website. We cannot stress how dangerous these insects are to the biodiversity of the UK.

The story so far …
Amidst the global coronavirus epidemic we must not forget another uninvited species
native to China, the Asian Hornet. In February this year a one day Conference on the
Asian Hornet, organised by the BBKA, took place in Warwick. This was attended by Dave
Coates and myself. The speakers were academics from the UK and Spain, the Jersey
Asian Hornet Coordinator and representatives of DEFRA.The most striking points I noted
came from the Spanish and Jersey reports. In Galicia, the region in the north west corner
of Spain and about one and a half times the size of Wales, they went from two nests to
more than 10,000 in just 4 years. Last year in Jersey there were 782 reported sightings,
404 of which were confirmed. A more detailed set of notes from the Conference, taken by
our colleagues from the Leicestershire Association, can be found on our Facebook page
thanks to Nigel Collier.
In comparison to the above, since our first in 2016 we have had a total of 17 confirmed
sightings in the UK and 9 nests have been destroyed. Last year nests were found and
destroyed in Dorset and near Tamworth, almost on our doorstep. A single queen was also
captured in Kent. Obviously we benefit from the 20+ miles of water between the south
coast and mainland Europe, but we must not be complacent and I believe it naive to
assume that we have seen and dealt with all those that have found their way to the UK.
However, we certainly don’t have an established population as seen in mainland Europe
and Jersey. This is confirmed by the lack of any genetic links between the latest and
previously discovered species. An interesting fact is that the Asian Hornet queen produces
more “sexuals” ( virgin queens and drones ) than they do workers. It is also interesting that
none of the nests found in the UK last year had any “sexuals” present and I think this also
to be true for all previous discoveries here. I am seeking confirmation of this from the NBU.
If true, perhaps here lies the explanation of why we haven’t seen the explosion in
population suffered in Jersey and mainland Europe. Why this should be I don’t know, but
just be grateful while it lasts!

Action needed now…
In the next few weeks queens will be emerging from hibernation and they must feed within
the first few days to survive. The question of whether to trap or not to trap was raised at
the Conference. In the past year or so I have made and distributed about 100 of the
monitoring traps detailed on the NBU website and strongly encouraged their use in our
apiaries. There is an opinion that these traps are killing traps rather than monitoring traps
and should only be used once an Asian Hornet sighting has been confirmed. Since these
traps are one of the most powerful means of spotting them in the first place I think this is
BONKERS! They are only killing traps if they are left unattended for a few days. Ideally
they should be checked daily to release other species such as the European hornet. I
strongly recommend we get them out there now, plied with a beer/sugar solution as bait.
Our new members won’t have benefited from my production line in the past and I ask them
to have a go at making their own as per the instructions on the website. The Ashby
production line has started up again for those who need them and these will be available
at our monthly meetings. It is worth repeating that if we do catch one in a trap or by other
means it is illegal to release it alive as it is a non-native species.

It is obvious that the beekeeping community is a minuscule percentage of the total
population and as such it is no surprise that the majority of the UK sightings have been
made by members of the public. Last year there were fewer false alarms as the public in
general are noting the information and images available from various sources. I had 2
false alarms last year and in both cases the beasties were European Hornets, quite a bit
closer than wasps reported in previous years! To continue the education process I have
obtained 50 each of A4 laminated posters and ID sheets from the NNSS ( Non-Native
Species Secretariat ) these need to be displayed in garden centres, on well trodden public
footpaths etc. How best to distribute them will be discussed at the next Committee
meeting.Update from the co-ordinater Hamish 15/03/2020